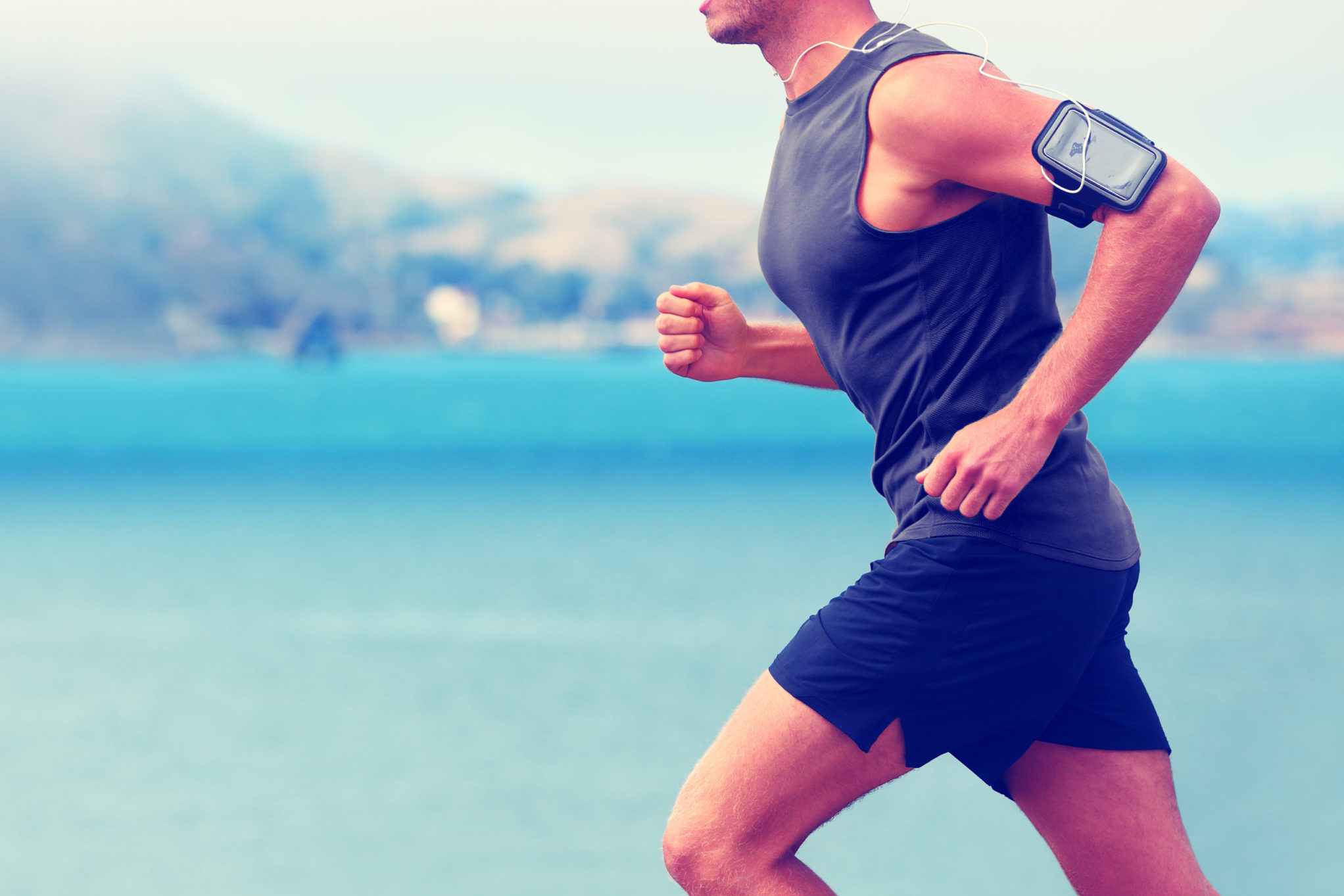 Men are notorious for not wanting to ask for help. From “taking the scenic route” while driving, to not reading the manual when assembling a new piece of furniture, but particularly when it comes to their health. It’s not just a stereotype, statistics show that less men visit their GP on average, and that they tend only to go when their symptoms are more serious.

If you are male, chances are you feel/felt superhuman in your 20s. It’s only around the late 30s that health issues begin to nag  – energy levels aren’t what they used to be, weight starts to creep in around the middle, and hair begins to thin. Age plays a large role in the types of concerns men experience as testosterone, metabolism and physical activity decline. The good news is, it’s never too early or too late to start developing healthy diet and lifestyle habits.

Your health is determined by a combination of your  genes and their environment. Genes set the scene but their activity is highly influenced – both positively and negatively – by everyday inputs such as what you eat and drink, your stress levels, the type of exercise you do, whether you smoke, the quality of your sleep, where you live etc. The impact of these inputs is called epigenetics. You might have heard people say, “your genes aren’t your destiny”, well, epigenetics is why.

Ahead of Father’s Day, I wanted to discuss some common male health concerns, how genes and epigenetics play a role, and share some tips on improving your health to minimise those dreaded trips to the doctor’s office!

Male pattern baldness (MPB) is one of the most common concerns in men from around their mid-30s. It usually begins with a receding hairline and a thinning crown. Some men aren’t too concerned but for others it can have a serious impact on their self-esteem.

Hormonal factors play a role, particularly DHT (dihydrotestosterone), a strong form of testosterone. DHT is more potent than testosterone and initially causes increased hair growth, but eventually loss by causing hair follicles to shrink [a]. DHT can also cause acne and enlargement of the prostate gland (more about the prostate later) [b].

Genetics: the enzyme 5-aR (5-alpha reductase) is responsible for converting testosterone (T) to DHT.  An inherited variant on the 5-aR gene causes high conversion to DHT. So, what if you have this variant? This is where epigenetics comes in…

Epigenetics: various factors can also either increase and decrease 5-aR activity. This means that if you have the variant, you can actively reduce the activity of the gene by avoiding certain things and increasing others. Conversely, even if you haven’t inherited the variant, you can have high DHT levels anyway due to poor diet and lifestyle choices.

Generally, men become less physically active as they age, leading to loss of muscle mass. The combination of decreased muscle mass with slower metabolism causes you to burn less calories. Suddenly, you find yourself putting on weight even though your diet is the same as usual. [c]

Epigenetics: fortunately, if you have inherited some or all of these variants (thanks mom and dad), you are not doomed. On the contrary, understanding your risks provides a very specific roadmap on how to manage them. In the case of the above genetic variants the focus would be on:

Genetics: a variant in the ACE gene increases likelihood of HBP, while a variant in NOS3 is involved in the health of blood vessels and increases risk of CVD and ED. A rare variant (less than 10% of the population) in Factor V Leiden increases chance of blood clots. Certain genes also increase your risk of high cholesterol.

Epigenetics: your diet and lifestyle play a large role in promoting or preventing heart disease (both alongside and independent of genetics):

Stress: negatively impacts health in general, but is a specific risk factor for developing CVD. Make time to do more of what makes you feel happy – walk in nature, take up a hobby, spend quality time with friends and loved ones, join a team, read, delegate more, find purpose, do nothing for a while!.

Exercise: moderate, daily exercise such as walking, jogging and swimming, encourages healthy blood flow which helps to reduce risk of CVD. However, excessive exercise is very stressful for the body and can have the opposite effect. [e]

Diet: avoiding saturated and trans fats, too much salt, and simple carbs (essentially processed food) are simple ways to improve cardiovascular health. The Mediterranean diet, rich in fresh fruit, veg, herbs, spices, healthy fats from olive oil, nuts, seeds and oily fish (high in vitamin E and omega 3) has been shown to be one of the best diets for heart health [f]. The good news here is that red wine, in moderation, forms part of this diet and has been shown to be good for heart health too [g]. 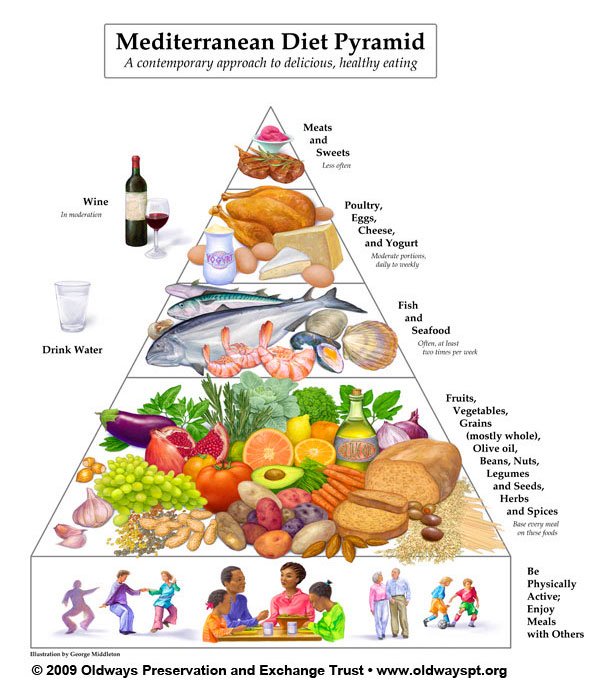 From around their 50s many men experience enlargement of the prostate gland, also called benign prostatic hyperplasia (BPH). The prostate gland is located beneath the bladder and encloses the tube that transports urine from the bladder out through the penis. When the prostate becomes enlarged it causes difficulty with urination (frequent need, weak stream, inability to completely empty the bladder, frequent UTIs) [h]. BPH isn’t the same as prostate cancer (PC) and doesn’t appear to increase risk of developing PC [i]. 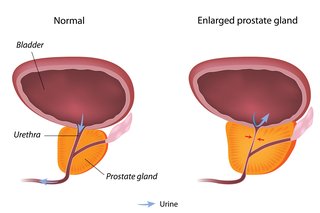 PC is one of the most common types of cancer in men. Symptoms can be similar to BPH but also include blood in the urine, pain and discomfort in the pelvic area, and erectile dysfunction [j]. If you experience any of these symptoms I’d strongly advise visiting your doctor.

Genetics: remember the hormone DHT involved in hair loss? Well, DHT also plays a role in prostate enlargement [k]. Prostate cells contain androgen receptors (ARs) which bind with male hormones (T and DHT) and allow them to do their job. DHT binds strongly to ARs making its action very potent. Genetic variants in the AR gene lead to high receptor activity. This, along with high DHT levels creates a strong hormonal environment that drives both hair loss on the scalp and prostate enlargement.

Epigenetics: as mentioned under hair loss, there are a number of factors that both increase and decrease the production of DHT. A natural compound called sulforaphane, found in certain vegetables like broccoli, cauliflower and cabbage, has been found to reduce AR activity [l]. Another compound called lycopene, found in red fruit and veg, most famously tomatoes, has been found to be excellent for prostate health [m].

Many other health concerns are also influenced by both genetics and lifestyle including fertility, mood disorders, connective tissue injuries, sleep problems, poor immune system and dementia. If you are interested in these topics, keep an eye out for future blog posts. 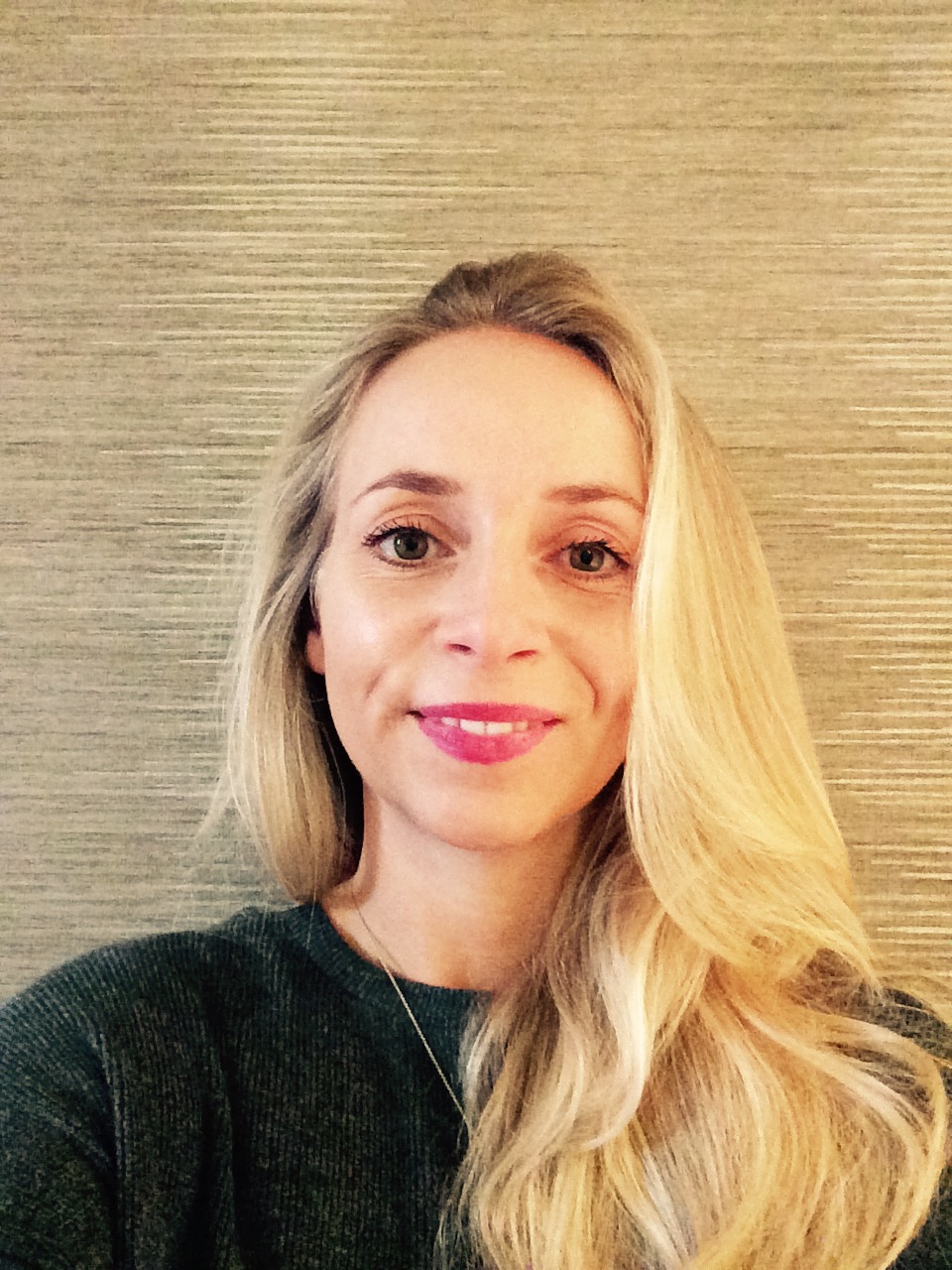 I am a UK registered nutritional therapist and nutrigenomics specialist. I am passionate about improving people's health and wellbeing by helping them to understand their genetic blueprint, what that means in terms of their health and how best to support themselves through positive diet and lifestyle changes.